Skip to content
70 is the new 65, government statisticians say, thanks to delay in onset of ill health 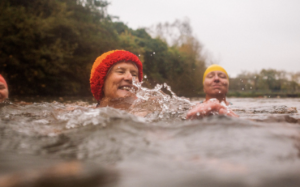 An article from www.telegraph.co.uk

Retirement, pension and free flu jabs – everything those entering into the world of sexagenarians could ever dream of. Now, however, it seems that they can also look forward to an extra five years, after government statisticians claims that 70 is the new 65.

According to official data published by the Office for National Statistics (ONS) today, general improvements in health and life expectancy are the reasons why people are living longer and so social attitudes should be adjusted accordingly.

“Our findings indicate that health status by chronological age has improved over time while health status at prospective ages shows more stability,” the statisticians said.

“This means that measuring population ageing in terms of the proportion of people in the population of a set chronological age may not be the most appropriate measure to use when considering the health of our ageing population.

“Prospective measures, based on years of life remaining, may provide a more consistent indication and as such may be a more appropriate measure to use when planning for current and future health and social care needs and demand.”

The starting point for old age has implications for both government policy and public debate. Currently, campaigners for issues surrounding elderly care, its increasing costs and state pension spending focus on increasing numbers of people aged 65 and over.

For decades 65 was the official retirement age for men, and it will remain the age when many are able to access their pension pots – despite the state pension age beginning to creep up from next year.

Anna Dixon, Chief Executive, Centre for Ageing Better, said: “This new analysis shows that we need to do away with our outdated ideas about ‘old age.’ A 65-year-old today can expect to have almost 20 more years of life – so labelling 65 as the age at which we become ‘old’ seems increasingly arbitrary.

“How we adjust to our longer lives is a defining issue, requiring realistic long-term solutions. For too long politicians have shied away from the bold decisions needed, equating a growing older population with an expensive burden on the state.

“These figures show that the picture is much more complex. Instead of distracting debates about TV licenses, or political paralysis over the growing cost of social care, we need a long-term approach to how our homes, jobs and communities can better support our longer lives.”

By no longer considering people old once they reach 65 the ONS said this age group could instead be regarded as contributing to society for longer, through working until later in their careers and also through the opportunity to do voluntary work or look after grandchildren or other family members.

Statisticians said: “From an economic and societal point of view, longer lives mean people can continue to contribute for longer – through longer working lives, volunteering, and possibly providing care for family members, for example, grandchildren.

“For individuals it might mean the opportunity to spend more time with family and friends and to pursue personal interests with more time for leisure activities.

“When considering the challenges, more older people means increased demand for health and adult social services, and increased public spending on State Pensions. The key to shifting the balance from challenge towards opportunity, both at a societal level and at an individual level, is for older people to be able to live healthy lives for as long as possible.”

In an article discussing the threshold for older age statisticians at the ONS centre for ageing and demography said that due to rising longevity and improvements in healthcare, diet and lifestyles people aged 70 in 2017 had characteristics and health similar to people aged 65 in 1997.

However, instead of proposing a shift from 65 to 70 as the beginning of old age, statisticians said people should work backwards from remaining life expectancy and operate on a basis of 15 years as the threshold of old age.